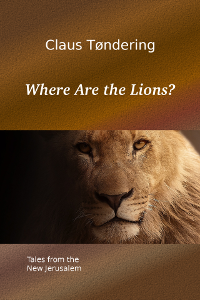 If God Is Good, Why Is There So Much Suffering in the World?

The short answer is: I don't know.

Then what is the answer?

I mentioned above that the questions was thoroughly treated in a book in the Old Testament. The book is called "The Book of Job". It tells about the man Job, who experiences a lot of suffering. His children are killed, he loses everything he owns, and he is taken seriously ill. In the midst of his suffering, three of his friends come to visit him. They try to explain why he has to suffer. Simply put, their explanation is: You suffer because you have done something evil.

Job's answer to this is: Nonsense! I've been a decent person. Who does God think he is to inflict all this on me?

Towards the end of the book, God himself intervenes in the discussion. But he doesn't explain anything. He doesn't answer Job's questions. Instead he somewhat sarcastically starts asking of Job: "Where were you when I laid the earth's foundation? ... Have you ever given orders to the morning? ... Do you give the horse his strength?" And so on. In other words, God's only reply is: "Let's put things in the right perspective: I am God – you are only human. So think, before you start accusing me."

This doesn't answer the question about suffering; but it is the only answer we get. Unsatisfactory? Certainly. But for the Christian it is nevertheless a kind of answer; for it means that no matter how much adversity we meet in life, and no matter how unreasonable life seems to be, our fate is still in the hands of him who has power over heaven and earth, and this makes us safe, even if it doesn't satisfy our curiosity.